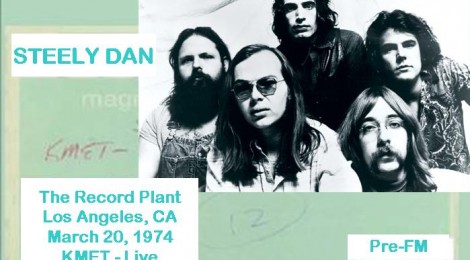 A Feast for Steely Dan fans

I was lucky enough recently to stumble across a blog which amongst other bootlegs listed a number of Steely Dan out-takes and soundboard recordings – for those of you who would skip the rest of this post in your hurry, here’s the link!

In particular for me, the live 1974 recordings show what a great live band they were.  It’s a cliche that a great band is always going to be better live than what you hear on the recordings, but somehow I was still surprised.  The studio albums speak for themselves as a monument to what can be achieved with the level of obsession that Fagen and Becker channelled, particularly the later ones.  But it is a real treat to hear the band in full flow in their only headline tour.

Hearing “The Lost Gaucho” and other outtakes was a real eye opener to me.  I was startled to hear the alternative words to Third World Man (“Were You Blind That Day”)… it was searching for more about this version that led me to the blog with the lovingly curated bootlegs.  But it struck me as a lesson in being ruthless in your songwriting – be prepared to scrap something and start again if the results aren’t up to what you know you can do.

And talking of things that got scrapped, the accidental deletion by a studio engineer of most of The Second Arrangement is such a shame, but after listening and getting a feel for not just a great song but also what would have been a great recording, it’s easy to see why they couldn’t bear to go back and start from scratch after putting in so much work.