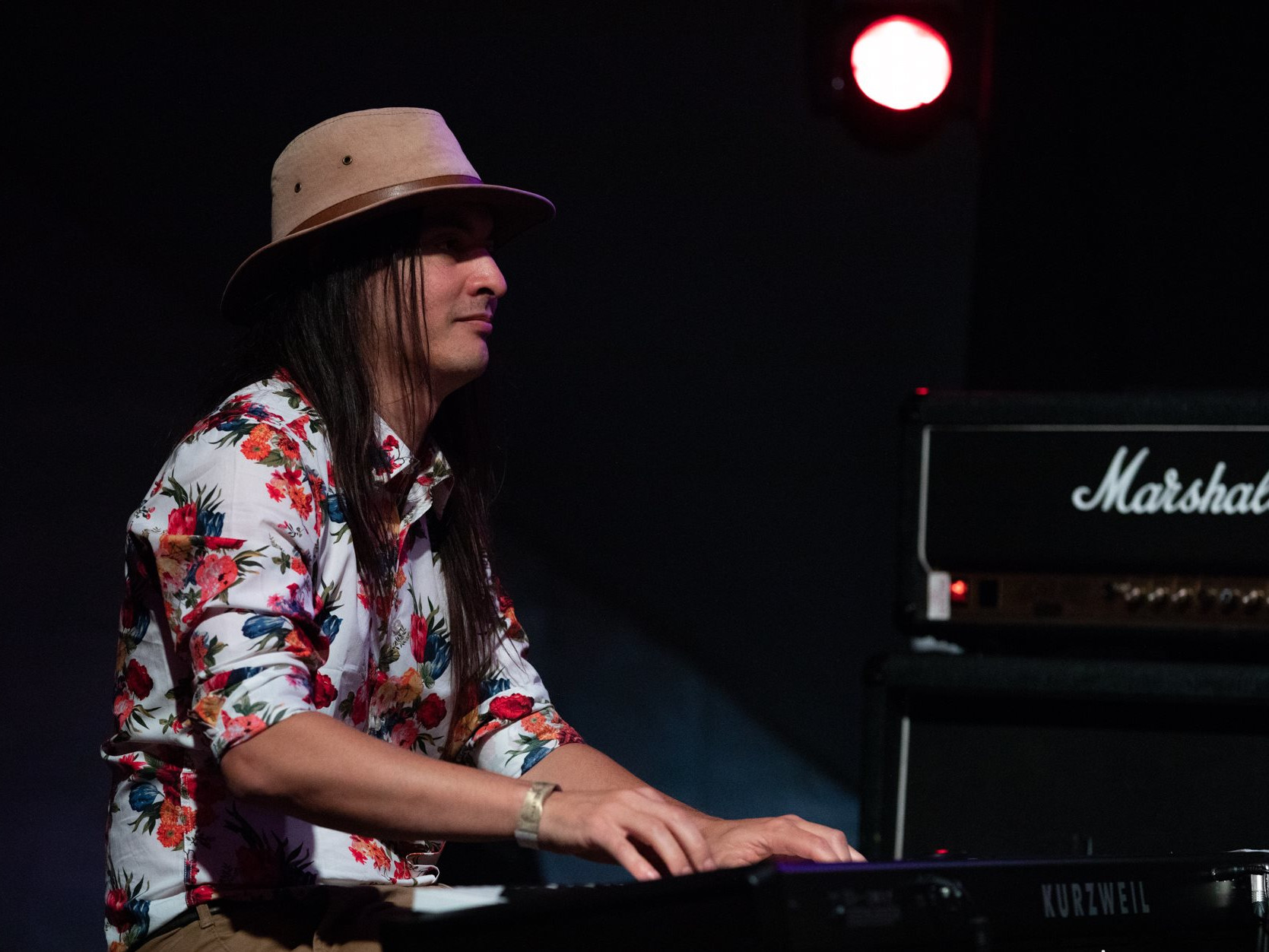 A Southampton (UK) based singer, songwriter and musician who claims to have spent his early years living among ducks, Ben’s music is as hard to pin down as his diverse influences would suggest. (He claims Steely Dan, Miles Davis, Joni Mitchell, James Brown and Dr. John have all had a lasting effect on him). He’s fronted a funk band as a singing bassist, played piano with a latin dance band and violin with a world fusion band and clearly has a taste for syncopation and chords with more than three notes.